Hey Matty how are you doing today?

“Well in an effort for creative and artistic endeavours taking a front seat in my life I moved my studio into Hunting Grounds which is sort of a secret hub or bunker within the walls of the southside of Brisbane and that to be honest was life changing.”

Matty had already been an active member of the original live band scene in Queensland appearing in the neo-pysch folk grunge band along side fellow musician Joel Myles.

“I kinda just quit all other work and ultimately went in 100% However it began actually with writing demos with a well known entrepreneur who will remain nameless.  Ultimately he was looking for a pop hit. I wrote maybe 4-5 songs with him and then I demo’d them with Joel.  Really pop pop with no shame. Ultimately that deal fell flat however I dug the space of the studio so rented a room.”

In twists and turns which saw Matt learn 100 cover songs in a few months as a songwriting exercise.  He once again fell in love with the process of music and music creation.

“It was kinda cool on reflection.  Definitely not planned. Again I was learning all these covers to go play live but when that didn’t eventuate at the end of that time period I had learnt a fair bit about what commonalities hit songs have as I’d just learnt 100 of them. Subconsciously I think I was developing my songwriting instincts again.”

Matt has written music and pitched for hundreds of commercials over a three-year time period at Vapor Music in Toronto Canada.

“I was doing tonnes of music for commercials and TV and stuff from (2009-2012) in Toronto.  But I was always kinda writing rock tunes on the side for kicks. I ended up writing on a couple of hundred commercials, but you would have to pitch your music, every time against up to 12 other writers. It was pretty intensely competitive. I leant how to produce music at that time though. And everyone I worked with at Vapor Music helped me heaps. I was just very lucky. I was also forced out of my rock comfort zone and began writing all sorts of styles of music as a composer”.

“Ultimately at that time period I was just desiring to hear big guitars again so I began writing and producing the “Whiskey and Therapy” EP in Melbourne once I returned from Canada. (2013 – 2014) The songs can be found on youtube and Spotify. And include “Get Me Over The Line” a left over demo from a previous recording project. “Rain On A Tinroof in Australia” a rock tune with Aussie roots. “People Run” which explored the letdown of people not being there when you need them most and also the white stripes inspired “Ain’t Nobody” which was the therapy part – that was the first thing I wrote of the break-up” 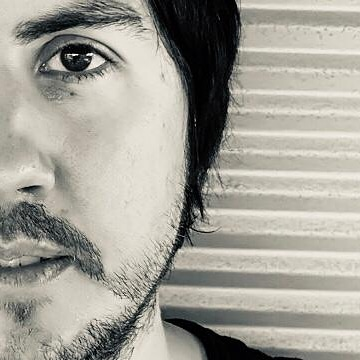 Yet another move brought Matty back to his home town of Brisbane. Why the move?

“The short answer was to be with family and a network of friends that I had fell out of touch with. When I came back to Brisbane everything became a whole lot easier.”

With glimpses of early sketches on his Instagram page in (2019), Matty set out to record the first single “Limerence Or Love”

“Musically to me it was a no brainer. Straight ahead garage rock pulling from influences like Royal Blood and a little glam from Jane’s addiction. “Strays” is probably my favourite rock album at this point in time.  I was trying to get back to straight ahead rock stuff again.”

“It came together really quick lyrically (of the first single).  I had just been single/dating after a massive life-change and a breakup after 7 years and the lyrics are indicative of that.  I did it all in logic myself but it really needed live drums.  I got CJ Nash (New Clear Vision) in for drums and percussion and he nailed it.”

“However I’d never really mixed live drums before so I hit a bit of a hurdle. I think I gave it 3 or 4 attempts over a month and then outsourced the mix to this dude Remo in Italy…He totally smashed it.”

“Once I got that mix back, everything fell into place. The four other songs flowed out really easily and the results are found on the self titled EP.”

“Summer You Loved Me” a more upbeat teenage fanclub-esk tune was more reminiscent of previous band doogle and a hooky contender for sure.

“Baby Just Do You” inspired by a new found freedom within a new relationship.

And “Rumination” a 90s inspired rocker with nods to Weezer, Foo Fighters Varuka Salt and other 90s pop rock bands.

There will be music videos for all five songs on the mattytwohats youtube channel plus a bonus live acoustic performance of a sixth song.

The bonus track on youtube is a live version of “Everything Falls Apart “in which Matty tips the hat to John Mayer-esque acoustic tunes although he describes it as a mix of Tom Petty, James Taylor and Guy Clarke.

All in all a solid interesting and important rock release for early 2020 for an artist solidly building a following organically fan by fan.