Julius Marx is a German songwriter  who releases his new single ‘Somewhere In The Crowds ‘ on 10 April 2020.

‘You’ll find someone somewhere in the crowds’, the last line of the chorus, sums up the whole song. It is about finally silencing our fear of missing out, ceasing our efforts of desperately trying to make it work with a certain someone and instead just being open for any great opportunity that may present itself.

Modern production meets soulful song writing, delicate guitar playing and a unique, raw and upfront vocal. A happy, energetic and catchy tune for the summertime – when we’ve showed COVID-19 who’s boss and are all allowed out again. Mastered at the Abbey Road Studios in London.

The melodic, niche and classic sounding ‘Julius Marx’ releases the beautiful single ‘Somewhere In The Crowds’ on 10 April 2020 – Record Niche 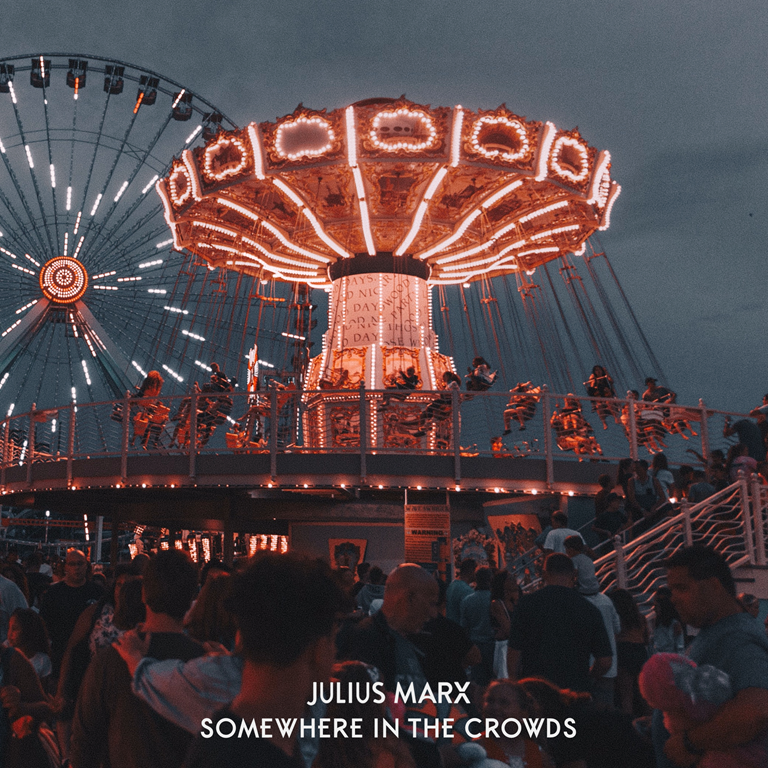 Fascinated by music and torn between two cultures, Julius Marx is a German songwriter running on New York City fuel.

The 25-year old draws from a rather unique source of inspiration – his childhood summers in New York. Getting obsessed with American and English musicians such as John Mayer, Fleetwood Mac and Oasis at a very young age has indefinitely shaped his songwriting and sound. A sound which can be described as a unique blend of Pop, Americana, Classic Rock and Blues. Or, in other words,

His fascination and love for great melodies fuels an endless pursuit of continuously improving as a songwriter. Spending years analysing records from his favourite artists and creating countless demos aimed to touch down in the footsteps of the heroes on his bedroom walls, he now has his second single ready to go.

Julius Marx currently lives in Cologne, Germany, where he has recently started to build a following for his music.