“Afternoon Ambience” is an album combining Indian Classical Music and Ambient music, in the World Music genre. It is a lush soundscape for relaxation and rejuvenation.

It is based on Rāga Bhimpalasi, an afternoon rāga. Rāga is the main component of Indian Classical Music.  Rāga, a Sanskrit word, means “that which colours or leaves an impression”.   A mood is created by its notes and phrases, and a full recital of a raga consists of several movements, and is very similar to a western classical symphony.

The listener is brought of a journey through melodic and rhythmic structure and improvisations.

Dan Blanchard blends ancient Indian classical music with world and electronic music to transport you to blissful states of mind during yoga and meditation practice or to uplift you during your daily life.

Classically trained on the santoor by Indian master Pandit Satish Vyas and joined by other talented musicians from the world and sound healing scene, Dan explores the therapeutic power of music and adapts it for modern world needs, providing a powerful and engaging experience for overall well-being and inner peace. 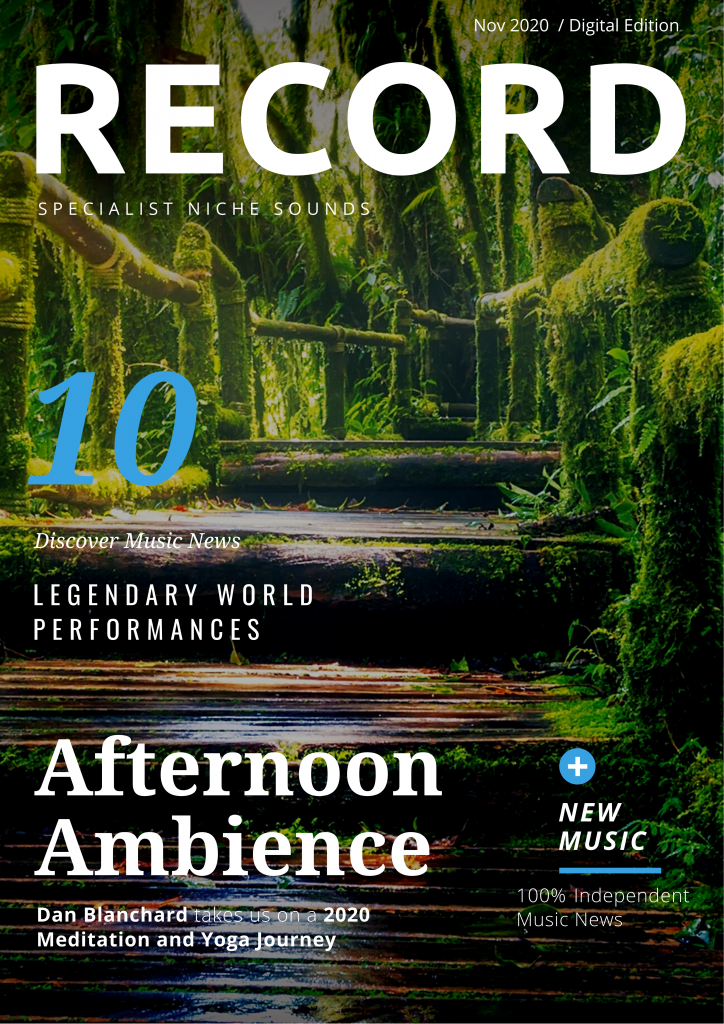 A DEEPER INSIGHT INTO ‘AFTERNOON AMBIENCE’

What’s the Unique Thing About This Album ?

There are rules (certain notes and phrases) to each raga, and there is a typical progression (discussed below with the details of each track).
The album is one raga – it has the same mood throughout, through movements of freeform melody as well as rhythmic exploration.

Cello and Ambient Guitar are not typical Indian Classical Instruments.  Having these instruments provides another dimension to the album.

The first song particularly has been described as cinematic. Indian Classical music is a tonal music style, all notes are in relationship to the drone.  As opposed to equal tempered tuning required for western music with chords and different keys which slices the octave into equal steps, the Indian notes (Swaras) are based on simple ratios (3/2, 4/3, 5/4, 7/5, etc.) and mimic the relationships with nature.  This adds to the relaxing quality of the music.

1. Unwind (Alaap) [17:29] – Alaap is the beginning of the rāga where the melodic structure is slowly improvised and unveiled in a freeform style without rhythm.  This is performed on the santoor, a 100-stringed Indian instrument, with accompaniment by Bansuri Flute, Cello, Ambient Guitar, Harmonium, and Tanpura (drone instrument).

5. Ascent (Drut Gat in Teentaal) [6:34] – This is a fast (“Drut”) tempo composition (“Gat”) set to a 16 beat (“Teentaal”) rhythmic cycle, accompanied by the tabla, ending with a very fast climax called Jhala.  In a typical performance this would be the end of the rāga.

6. Let Go [10:27] – A final relaxation with vocal and flute, to integrate the musical journey.

Listen to full album at Soundcloud