Renown Irish rock solo artist Dar.Ra is at it again and this time with a release which fans have been hoping for with the release of his new EP ‘Whiskey n Honey’ which features “The Lights Dark Night Remix’ plus an addition remix of the title track, ‘Neon Fantasy’ remix.

Dar.Ra known for his rock anthems and recent hit album ‘New Kinda Normal’ has recently been making a push towards a new EDM style combining both the rock music and EDM genres to create something truly unique to the artist, allowing for the creation of the style he calls Rock Step. 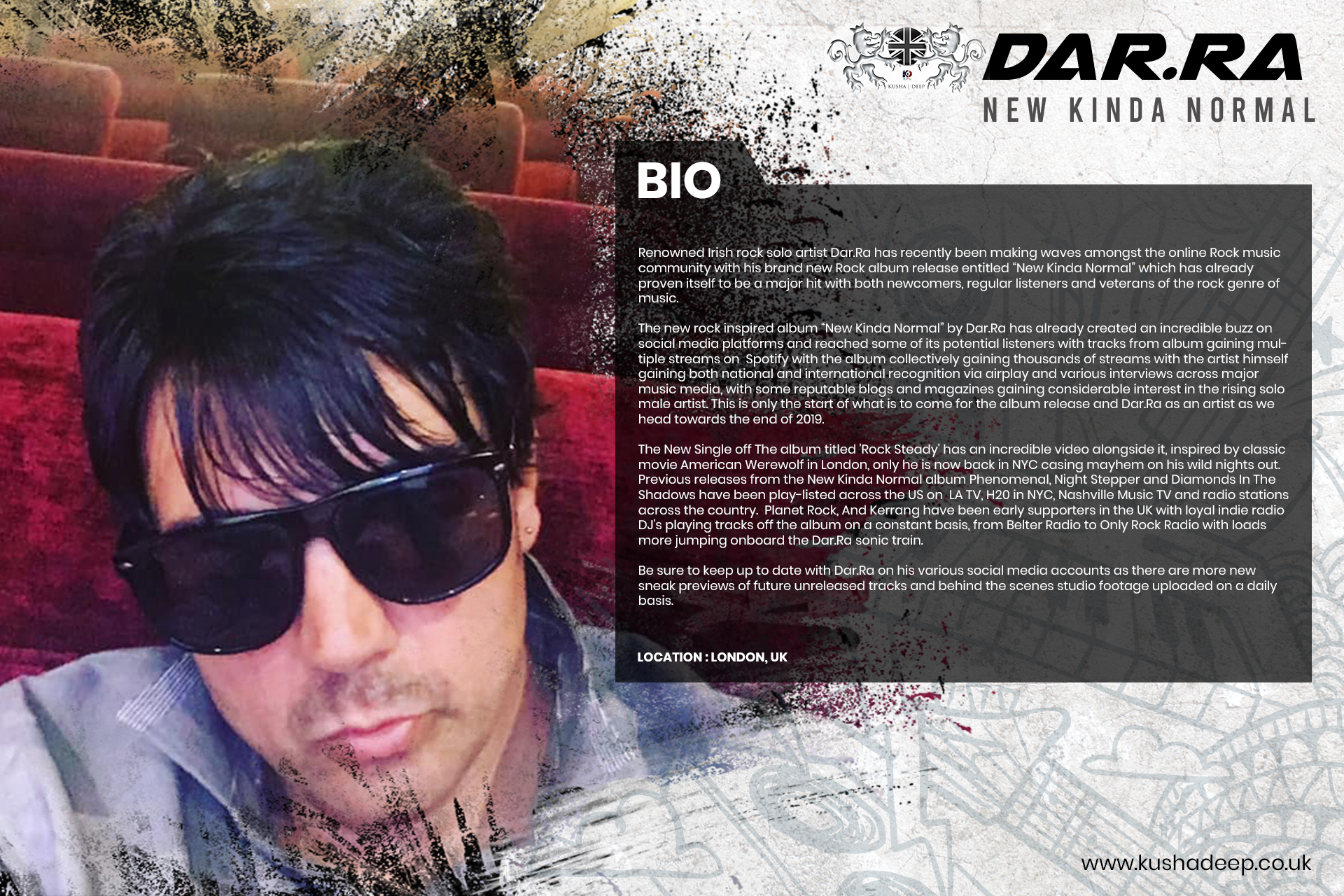 The combination of genres is already proving itself to be a hit with Dar.Ra’s dedicated fan base and following having countless streams and shares across all of the major social media sites by fans of both EDM and rock music.

The EP kicks of with the Title track ‘Whiskey n Honey’ which is a soulful gothic balled and tells a tale of a guy that gives up his life in pursuit of a neon fantasy, fast love and temporary highs and exchanged for a loving family who he leaves behind. The tale ultimately ends in the subjects demise through a realization that everything he does is hollow and meaningless.

The track has a David Bowie feel about it,with echo’s of Robert Fripp type guitars that you hear in the Fashion and Fame classics.

“The Lights Dark Night Remix” also features alongside the title track and has a EDM style running through its veins and also comes with an official lyric video that has already proven to be a huge success and a benchmark in the artists career as we head forward into the year 2020 with full force.

Followers can keep up to date with Dar.Ra on his various social media accounts as he creates new sounds of rock and EDM inspired music which is guaranteed to be unique and fresh for listeners this year in 2020.

The brand new EP Whisky n Honey by Dar.Ra along with the official lyric videos, are both now available to stream online via Youtube.