‘Gothenburg is a city rooted in tradition,’ said the conductor Santtu-Matias Rouvali as he was about to take charge of the city’s famous symphony orchestra in 2017, ‘but it can be adapted to modern thinking.’

It looks like Rouvali’s prophecy has come true. For four days at the end of May, his Gothenburg Symphony Orchestra and its stunning 1930s concert hall will host the first Point Music Festival, where music, dance, film, art and discussion will meet, interact, collide and deliver the unimaginable.

Gabriel Prokofiev will be DJ-ing in the Point Club

At the heart of the festival are performances from the Gothenburg Symphony Orchestra and visiting orchestras from Canada and Norway. But nothing about the performances they give will be normal. New sounds and new lighting will transform every part of the Gothenburg Concert Hall as they tell stories new and old. Outside, DJ Gabriel Prokofiev’s Point Club will turn the hall’s foyers and piazza into a pulsating nightclub where music from all coordinates of time and space will meet. 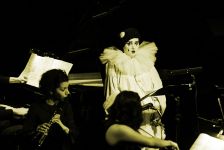 Taking part are masters of their craft who consistently think outside the box. Violin maverick Patricia Kopatchinskaja will play Bartók’s incendiary first concerto while curating her own sequence of music around Schoenberg’s Pierrot Lunaire. Jazz legend Bugge Wesseltoft will assemble a super-group to perform no less a masterpiece than Bach’s Goldberg Variations. The voices of Sweden’s Vocal Art Ensemble will join with the percussion instruments of the Rhythmic Art Duo to explore the precarious dangers faced by western societies apparently on the brink of violent disagreement. Terje Tønnesen and the Norwegian Chamber Orchestra will take listeners to the gates of hell and put emotions through the ringer with their poleaxing up-scaled covers of chamber music by Janáček, Beethoven and Shostakovich. 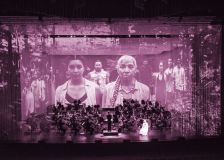 In questioning what we think we know about music and the world, Point Music Festival will present old stories from new perspectives, not least those of the women conspicuously absent from so much western art. Visiting from Ottawa, the National Arts Centre Orchestra will join soprano Erin Wall, actress Monique Mojica and narrator Martha Henry in telling the stories of four extraordinary Canadian women in music, words, dance, photography and graphics. Life Reflected, the festival’s culminating performance, will show that however diverse and challenging our discussions, there is always more that binds us together than forces us apart.